I don’t know about you but something I always get a kick out of is when science declare a new finding, then when I go on to read about it, I find it’s a concept that we who study ancient wisdom have known to be true all along. Even so, it’s still fascinating and exciting to see science catching up, isn’t it?

One time, Ernest Holmes, the founder of the Science of Mind philosophy and Albert Einstein had an opportunity to share ideas over dinner, where each spoke on science and abstract laws. Ernest shared with Dr. Einstein his views on world peace, saying that “permanent world peace is not an illusion but a potential possibility and an evolutionary imperative, and science will aid in that evolution.” He heard from Dr. Einstein many illustrations about principles, which affirm that “good” ultimately, must vindicate itself. “Give them time, and physicists and metaphysicists will use the same textbook,” Ernest said.

And now, years later we have quantum physicists such as Amit Goswami who says, “For many years quantum physics has been giving indications that there are levels of reality other than the material level,” and shares evidence that consciousness is the ground of all being. Imagine what the world would be like if everyone was taught from the time they entered school, the wisdom and science of our oneness with all. That our thoughts are actually things with creative power. That the unified field in which we all are connected in, is a wave of possibility and we are together choosing our global experience.

Imagine what it would have been like for us as children growing up with the knowledge that time in and of itself is simply a concept and not a reality. That the past does not exist, and we can be free from the burden of regret or shame or any other poison we are holding onto because now is the only experience that will ever be. Carlo Rovelli, a theoretical physicist contends, “Time is merely a perspective, rather than a universal truth. It’s a point of view that humans share as a result of our biology and evolution, our place on Earth, and the planet’s place in the universe.”

Wisdom teachers from ancient days share in this truth along with modern spiritual teachers like, Eckhart Tolle who in The Power of Now, reminds us that, “Time isn’t precious at all, because it is an illusion. What you perceive as precious is not time but the one point that is out of time: the Now. That is precious indeed. The more you are focused on time—past and future—the more you miss the Now, the most precious thing there is.”

This month we will be focusing on Science & Spirituality. A long-awaited reunion. 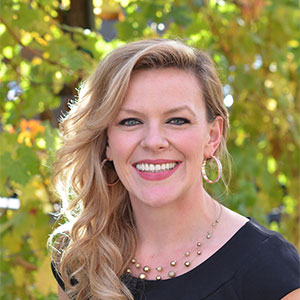 Nicole is the Co-Senior Minister at the Seal Beach Centers for Spiritual Living. Her ministry is to remind humanity of its inherent Goodness. One word to describe Nicole is enthusiastic, she is filled with Spirit and loves to share it. She is also a fourth-generation Religious Scientist who admittedly, although growing up in the Science of Mind philosophy, had to walk away for a few years in order to discover the truth of our philosophy in her own life.

(Featured Photo used in the blog by Rohan Makhecha on Unsplash)