“No one is against you, even if they think they are.”

People ask me what we believe, I say we believe there are many paths to the One God. In our Centers, you can find people that come from many faith traditions—Christians, Jewish, Muslim, Hindu, Buddhist and irreligious.

During the month of December, we have celebrated the birth of Jesus Christ (the Anointed One), Chanukah, Kwanzaa, and the Winter Solstice. Christianity is the most practiced religion in the world. Many say, “Jesus is the reason for the season.” Unlike other holidays it is a season rather than one day of celebration. We celebrate with gifts, food, and family gatherings. A practicing Christian wrote, “Being Jesus for others and seeing Jesus in others is the best Christmas present–given and received. In this sense, the message of Christmas is unity, love, and peace among human beings of all races, religions, and nationalities. This feeling of unity and peace does not have to be limited to one day.”

Chanukah is an eight-day Jewish celebration that commemorates the rededication of the Second Temple in Jerusalem. Those who took part in the re-dedication witnessed what they believed to be a miracle. Even though there was only enough oil to keep the menorah’s candles burning for a single day, the flames continued to burn for eight nights. Typically, they recite blessings and serve traditional Hanukkah foods.

Kwanzaa (means “first fruits”) is an annual celebration of African American culture culminating in a communal feast on the sixth day. It typically includes songs, dances, and poetry reading. On each of the seven nights, families gather. A child lights a candle than one of the seven principles (Unity, Self-determination, Collective Work and Responsibility, Cooperative Economics, Purpose, Creativity, Faith) is discussed.

Winter Solstice marks the midpoint of winter, where we move out of the darkness and into increasingly lighter, warmer days. One celebrates the re-birth of the sun, recognizing the light within, saying we personify the newborn “son” in Christian mythology. One suggestion is to celebrate by spending time with loved ones on a nurturing nature walk.

However you choose to celebrate, I wish you Happy Holidays! 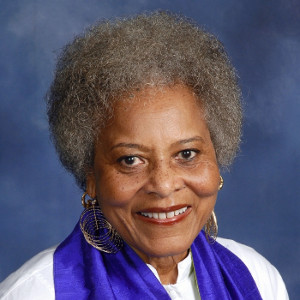 Juanita Gardner was introduced to Religious Science in the mid-1970s. She committed to Religious Science in 1996 and received her Practitioner Licensed in 2002 from The Agape International Center for Spiritual Living. In 2005, she was ordained a religous science minister at the City of Angels Chuch of Religious Science. She received a Doctorate in Metaphysics from an independent distance learning program from the University of Sedona. She moved her Practitioner License to Seal Beach Center of Spiritual Living in 2006 where she has served as a facilitator of several certificated classes, including Practitioner Training I and II. She has been married for 54 years and has provided Spiritual Guidance to couples and singles alike. Her emphasis on forgiveness and self-healing is a major part of her Spiritual Practice. As an African American, she is committed to the indigenous people’s philosophy that by healing one’s self you heal seven generations back and seven generations forward.

Contact Rev. JuanitaBlog Contributions
Login to Seal Beach Center for Spiritual Living
Reset Password
Enter the username or e-mail you used in your profile. A password reset link will be sent to you by email.